OVER 20 YEARS OF CUSTOMER LOYALTY – THANK YOU FOR THAT!

The silver anniversary is just around the corner: For 22 years now, the Van Harten company has been a loyal customer of our sales partner POLS in the Netherlands.

It started in 2000 with the sale of a used Doppstadt SM 618 screen: Since that time our sales partner POLS Group headquartered in Zuidland/Netherlands has been Van Harten’s main partner in the matter of recycling and environmental technology. Company owner Bart van Harten recognized very soon the compost and biomass screening efficiency of the SM 618, so that he bought a second SM 618 shortly after that. So the follow-up order was done and dusted for POLS – a solid basis for a long-time customer satisfaction was established.

Around 14 000 operating hours later Van Harten replaced the two screens by a used and a new SM 518. In the course of the years, further machines made by Doppstadt were bought for the reduction of green waste flows to biomass, such as the DW 3060 K, the AK 230 and AK 530 fine grinders and the HDS-S float-sink separator for stone separation. Thanks to the close collaboration between the customer and the dealer, Van Harten always remained updated with the latest technology and after the launch of the IVENTHOR 6 he decided to buy this innovative and efficient shredder. Now Van Harten carries out all the process steps with just one machine – thus profiting from enormous savings in terms of machine fleet, space requirements, fuel, maintenance and wear. 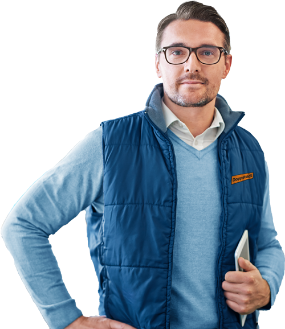